Coventry City have signed a new winger on a four year deal. The winger, Top of Form 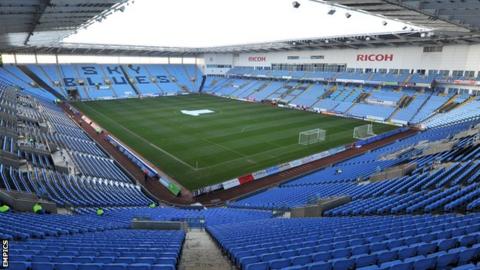 Jodi Jones, made his Football League debut for the Daggers at the age of 17 and a half. The former Dagenham & Redbridge winger was acquired for an undisclosed fee. The teenager was initially signed on an emergency loan in March but has gone on to make six first-team appearances. Prior to that, he had already clocked up 40 appearances in all competitions in little over a year for the Daggers, scoring four goals.

“It got a little bit tight at the end.

“After playing for us, a few clubs became even more alert than they already were and were potentially trying to hijack a deal, but Dagenham and Jodi and his family remained loyal to our agreements.

“I like his directness and his positive play. We can develop him. He can become a goal scorer as well. He can dribble around the end of the box, get a yard and shoot with his left foot. We’re excited about him.

“I’m just trying to find some footballers that the club can invest in and give them two, three and four-year contracts, then you can have a continuity to the team.”

Technical Director Mark Venus praised the deal and was happy that the club was able to secure the younster’s signature. He said:

“This is the most valuable transfer for the club for a number of years. We need deals like this to help progress to the next level. We’ve been able to beat a number of other clubs to his signature.”