The famous club Coventry City has time and again proved its valuable existence in the arena of footballing. The club for a while has been prepared to recruit a new defender and recently roped in Michael Rose for the position. Rose who earlier played for Ayr United will now be playing as a midfielder and defender in Coventry City. The contractual term extends up to two years. Michael will be all set to join the club this summer. However, this is more of a pre-contractual deal that will commence in May. 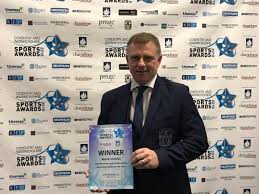 Rose’s previous manager Ian McCall said that he has always been proud of the 23-year-old’s achievements and has turned out to be one of his most favorite and best players in all recent seasons. He also said that Michael is that one player who has the power to intimidate the goal. He even said that Coventry’s signing of Michael has impressed him as it shows a forward moving pace of the club and how they’ve managed to secure their stand in the game.

The deal is significant for Coventry Country as the club will have to let go of Jordan Willis and Tom Davies this summer unless they enter into new contracts with some other team.

It has also been realized that Coventry City has been occupied in roping in positions of center-halves for as long as six months late. The news comes after the club has already signed Morgan Williams last summer as a defender in the team.

Coventry City’s manager Mark Robin’s says that Michael Rose’s recruitment is just the start, and the club looks forward to recruiting more players by the summer. Robin said that Rose coming up as a member of the team is just a first step to initiate the boost of the squad.