Coventry City interim manager Mark Venus has expressed disappointment that his team where unable to salvage anything from the clubs defeat to Sheffield United during the week. 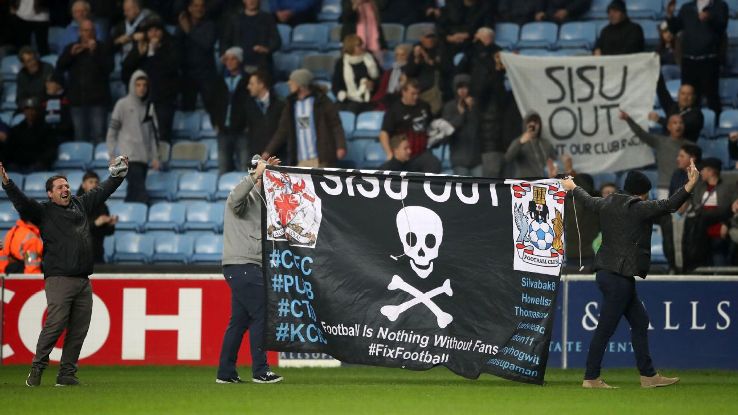 “We played a good footballing team with a bit of experience and know-how, and I thought we matched them. We worked hard, gave it our best and the longer the game went on I felt, the more threat we had.

“But to give a late goal away is where we are at the moment,” he said.

During the match with Sheffield United, City fans invaded the pitch twice in a protest directed at owner Sisu, who seem to be doing nothing about the team recent poor run of form. Coventry currently lies one point off the bottom of league having lost 6 games in a row.

The protest began when fans ran into the pitch shortly before halftime and for 6 minutes after in the 86th minute of play. Pundits have predicted that this protest would continue until the owner Sisu is ready to appoint a manager that would turn the fortunes of the club. Venus stated that for now, he and the boys need to work harder to change their recent poor run of form

After the match, Sheffield united manager Chris Wilder expressed his displeasure at the fans protest, stating that he didn’t enjoy the protest.

Following the protest by Coventry fan, the FA has opened investigation and would be waiting until the receive reports from referees before they take a final decision regarding the ugly incidence at Coventry city.

However, for owner Sisu and his members of staff, this is the right moment to sell the club, since the Coventry faithfuls’ are no longer in support of them